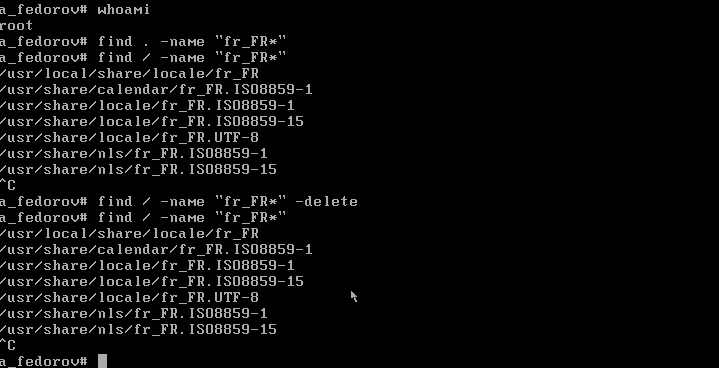 Implement a -delete option to find. The code is extremely paranoid and
goes to a fair degree of trouble to enable something like this to
be safe: cd /tmp && find . -mtime +7 -delete

It removes both files and directories. It does not attempt to remove
immutable files (an earlier version I showed to a few people did a chflags
and tried to blow away even immutable files. Too risky..)

It is thought to be safe because it forces the fts(3) driven descent to
only do "minimal risk" stuff. specifically, -follow is disabled, it does
checking to see that it chdir'ed to the directory it thought it was
going to, it will *not* pass a pathname with a '/' character in it to
unlink(), so it should be totally immune to symlink tree races. If it runs
into something "fishy", it bails out rather than blunder ahead.. It's better
to do that if somebody is trying to compromise security rather than risk
giving them an opportunity. Since the unlink()/rmdir() is being called
from within the current working directory during the tree descent, there
are no fork/exec overheads or races.

As a side effect of this paranoia, you cannot do a
"find /somewhere/dir -delete", as the last argument to rmdir() is
"/somewhere/dir", and the checking won't allow it. Besides, one would use
rm -rf for that case anyway. :-)

Reviewed by: pst (some time ago, but I've removed the immutable file
deletion code that he complained about since he last saw it)